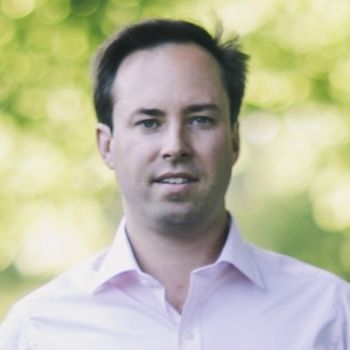 Jamie grew up near Bristol and attended University of the West of England from 2000 to 2004 when he graduated with BA Hons. English.

During his study, Jamie researched and launched Glasses Direct. At that point, the entire global optical market had yet to establish any presence on the web. Over ten years, he grew the business to ship to over 50 countries, employ 150 people, and become Europe’s largest online glasses retailer shipping over a thousand pairs of glasses a day. In doing so, he overcame strong industry opposition as he drove down glasses prices online, in what used to be a market offering few price and fulfilment options to consumers.

Jamie directly managed the development of in-house software to handle the back-end processing and logistics of producing and distributing a bespoke physical product as well as a best in class consumer front-end web product. For a period in the noughties, Glasses Direct was leader in retail industry innovation & user experience, launching world-first products such as CustomEyes (2005) which was the first commercialised virtual ‘try-on’ software, and their 4 pair free ‘Home Trial’ box (2006).

During the growth of the business, Jamie oversaw the acquisition of SunglassesShop.com in 2010 extending the product line into sunglasses, and LensOn.com in 2012 taking it into contact lens retail.

In 2013, the business was sold and Jamie moved to Google UK where is currently Industry Head of Retail.  He leads a team that looks at store, web, mobile and marketing experiences of the future. They support UK retailers on best practice, and close the loop to Google product teams on feedback from the industry.

Outside of business, Jamie served as an advisor to the then Shadow Chancellor George Osborne on his New Enterprise Council from 2007 to 2010, going on to co-found ‘StartUp Britain’, a campaigning initiative announced in the Chancellor’s 2011 budget speech. Jamie helped create and manage this organization, incubating it at No.10 and launching it with the Prime Minister to promote UK entrepreneurship. Jamie speaks and advises widely on enterprise as well as mentoring and angel investing in emerging businesses and entrepreneurs having invested, advised founders and now successfully exited Mybuilder.com, NetworkLocum.com, and HearingDirect.co.uk

In 2009 Jamie was named in the Queen’s birthday Honours list as receiving Queen's Award for Enterprise Promotion. In 2015, he was appointed Officer of the Order of the British Empire (OBE) for Services to Business.