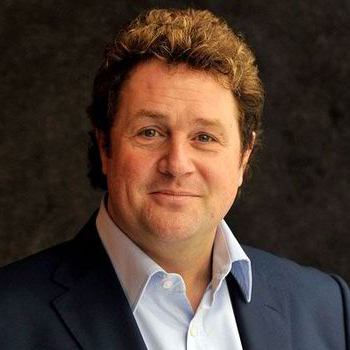 Michael Ball, Britain's leading musical star, has starred on Broadway and dominated the marquees on many of the leading West End shows for more than two decades. A proven and varied talent, Michael won acclaim and the hearts of the public with his numerous performances on stage, film and television. All Michael's twelve solo albums have held commanding positions in the UK charts, all rapidly going gold within weeks of their release. In July 1999 Michael was presented with the Theatregoers Club of Great Britain's award for Most Popular Musical Actor over the last 21 years.

2008 was another busy year for Michael, continuing in the role of Edna in Hairspray and performing at concerts at Hampton Court, Liverpool, Kenwood House, Audley End and Patchings Art Centre. In March Michael won the Olivier Award for Best Actor in a Musical for his portrayal of Edna Turnblad in Hairspray. Michael then added another string to his bow by joining the BBC Radio 2 team for his regular Sunday morning slot "Michael Ball's Sunday Brunch".