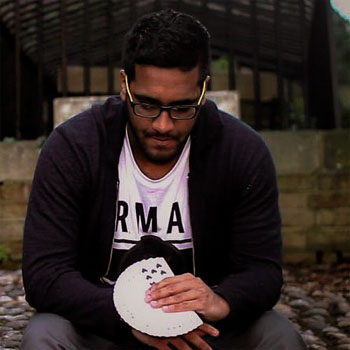 Nio is a sharp, young talent who has perfected the masterful craft of Street Magic in London. After reading David Blaine’s autobiography as a youngster, Nio became consumed with the Art of Magic and was inspired to start training himself to rival his heroes.

In the 13 years of practising Magic, he has performed his unique style in Dubai,
Monaco, Marrakech and Europe. He has also been muddling the minds
of those lucky enough to catch him on the streets of London for the past 8 years.

Nio has brought his own edge and approach to the art form, redefining the essence of what Street Magic actually is!

Nio has fine tuned his skills of performing personal close up tricks and managing to manipulate crowds of large audiences. His natural
showmanship has already gained a band of celebrity fans and followers.

A great corporate choice for that special extra!