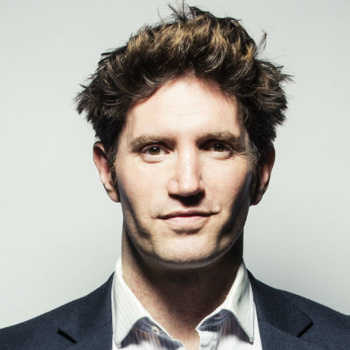 Fabulous Magazine's wine columnist, Rob Buckhaven, has been making a name for himself of late as the new, up and coming face of wine. He hosted sessions at the London Wine Show in 2010 and appeared on ITV Daytime's Michael Ball Show as their wine expert. He is currently writing a book on Wine and Dating (two subjects close to his heart!) and he also writes for the News of the World, Eat Me magazine and a monthly wine column for Balance Life .

On top of all of that, Rob is currently brand manager for Miguel Torres's range of Spanish, Chilean and Californian wines, and he is a general Wine Marketeer extraordinaire. His passion lies in communicating wine both in print and on TV and he has appeared on Good Food's Market Kitchen and BBC's Something for the Weekend, demonstrating his expert knowledge.

Rob began working in the wine trade soon after graduating with a BA Hons in Spanish from Leeds University. The lure of using his languages to float around the globe tasting wine was compelling for such a wine-enthused graduate.

Soon Rob had worked for Adnams Wine and had even made wine in South Australia living in a caravan on the winery site. Rob was later used as a hired gun by Tesco to evaluate the role of their in-store Wine Advisor, where he performed all manner of wine tastings and generally made a nuisance of himself. Rob then swiftly moved up the stick into the commercial side of wine, working for Bibendum Wine in Primrose Hill.

In 2006 Rob received distinction in his MBA in Wine Marketing and Management from the prestigious INSEEC Business School in Bordeaux where he wrote his thesis on Spanish wine in the UK market. Seeing an important gap in the market on his return to the UK he set up award-winning wine website lovethatwine.co.uk in conjunction with Thierry's Wine Services, which offers everyday wine drinkers the chance to write their own reviews on the wines they are quaffing.