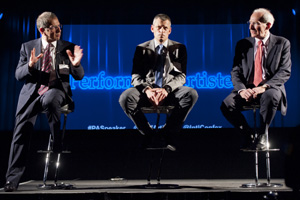 The 2013 Speaker Showcase was held at London Excel as part of International Confex and was hosted by rising star of the BBC, Babita Sharma.

Simon Weston- Falklands hero Simon discussed his life, and the challenges he has faced