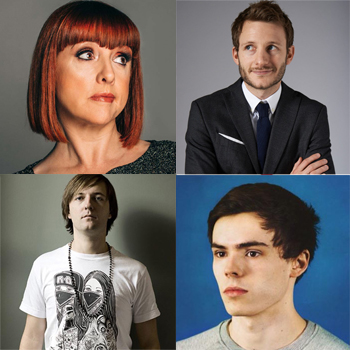 The long days of August might seem but a distant memory, but as ever the Performing Artistes team were up at the Edinburgh fringe spotting new talent. This year's highlights were:

Chris Martin- A brilliant comedian, far funnier than his Coldplay namesake! Chris has an international following and is becoming a popular corporate choice.

Cally Beaton- Cally is a grown up media executive by day, but comedian by night. Her fabulous comedy set certainly impressed us, with her reflections on bringing up teenage kids alone. We've already started to book her!

Andrew Maxwell- Andrew was the toast of the Fringe for many, and we were delighted to arrange tickets for a client to see him who ended up booking him! A busy Autumn is certainly in store for this Irishman.

Rhys James- Rhys has been on our radar for a couple of years, and he did his first couple of events for us at the start of the year. He followed these with a sell-out run in Edinburgh and is definitely set for bigger things to come.