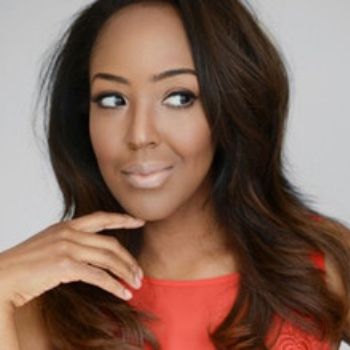 Angellica Bell is currently a regular reporter for the successful daily topical show on BBC1, The One Show which regularly attracts viewing figures in excess of 5 million and has been since it hit our screens.
Her progression from children's TV presenter to adult factual and entertainment programming has been seamless and successful. She has had BAFTA recognition, where she was nominated for the Best Children's Presenter award for 2 years running, as well as winning the best presenter category at the Black Filmmakers Awards.
She regularly appears on various shows such as "The Wright Stuff" on C5, "The Alan Titchmarsh Show" on ITV and "This Morning" and guest presented "Something For The Weekend". She also won "Celebrity Masterchef".
Angellica has also turned her hand to radio. She presented 'Making Tracks" for Radio 3 - an alternative music show for children, where she also got the chance to present live concerts around the country with the BBC Orchestras. She also covered regularly for Ben Shepherd on his 'HOT or NOT' show on 'Heat' radio.
Angellica is a versatile and intelligent presenter, with a host of experience across several genres of television. Her professionalism and ability to make the difficult look both fun and easy make her one of the countries most sought after presenters.
Angellica loves a challenge and has run the London Marathon, 5 great north runs and has recently completed the Three Peaks Challenge where she climbed the three biggest mountain peaks in the UK in 24 hours.  She works regularly for a number of different charities and is an Ambassador for The Prince's Trust.
Read More