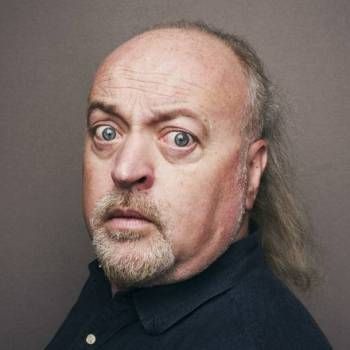 Bill is one of the country's best loved comedians. His unique brand of stand-up and musical comedy has taken him around the world and earned him a huge international fanbase.

He is widely known for his position as team captain on Never Mind The Buzzcocks (BBC2) and for appearances on Have I Got News for You and QI, as well as his role as the hapless Manny in the cult Channel 4 series Black Books.

Bill Bailey begins his stand-up comedy career in 1984, touring with other comedians as Mark Lamarr, Toby Longworth, Martins Stubbs, sometimes doing even three or four concerts a night. In 1994, Bailey performed Rock at the Edinburgh Festival Fringe with Sean Lock, a show about an aging rockstar and his roadie.

He started his solo career with the one man show Bill Bailey's Cosmic Jam. The show was very well received and led to a recording at the Bloomsbury Theatre, broadcast in 1997.

Since then his stand up comedy tours are something of legend! He has toured the Globe with his shows and continues to tour new shows year after year.

Bill has hosted many high-profile events including the Empire Film Awards, the NME Awards, The HMV Awards, The UK Retail Awards and many more.

In 2020 he appeared on Strictly Come Dancing and was crowned the winner alongside dancing partner Oti Mabuse.