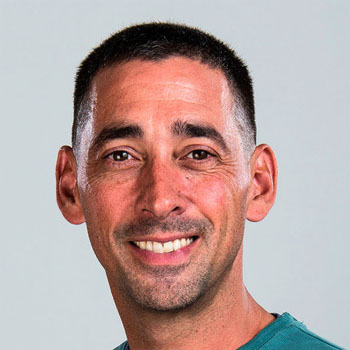 He hosted the popular Friday night sports preview show, Kicking Off as part of 5 Live Sport and presened talkSPORT's mid morning programme Monday to Friday for 3 years, tripling the audience in the process.

He has been a key member of the Beeb's World Cup coverage in South Africa, he presented the main highlights, as well as two live games, while in the build up to the London Olympics he interviewed all living British Gold Medallists for 5 Live's acclaimed 'Gold Rush'.

He has maintained a written journalistic career, alongside his broadcasting.  His first novel 'A Random History of Football', sold so well in hardback it went to paperback and he is widely published in the print media.Earlier on in his career he co-published his own cutting-edge music magazine Blank

Colin originally came to prominence on  BBC Radio 1, hosting many shows and forging a successful partnership with Edith Bowman, eventually co-hosting the weekday afternoon slot 'The Colin and Edith Show'. He won the coveted Sony Award for Music Broadcaster Of The Year during his final few years at Radio 1 when presenting the 10pm - midnight slot, indulging his love of Alternative Music.

He began his career as a news reporter, cutting his teeth at the Ulster News Letter. He was crowned IPR Northern Ireland Entertainment Journalist of the Year 2002, and it was this journalistic ethos that helped him win another Sony Gold The Feature Award - for a documentary he made with All Out Productions entitled The Trouble With Drugs'.

He also co-wrote and presented the BBC2 sports documentary The 85 Final: Davis vs Taylor.

During 2020 Colin has been recording his new podcast "At Home With Colin Murray" where he talks to some of the biggest names in sport in a truly unique setting...in either his house or theirs! Interviewees include Steve Davis and Kriss Akabusi.

"Everyone had only praise for Colin.  He was universally acclaimed as the best ever person to host the awards. He was incredible and made the night for everyone. Please let him know and many of the comments were spontaneous both on the night and later by email."

"...they are a tough crowd to get any motion/sound/or anything out of, but by the end of the evening you had them all laughing away and looking like they were really enjoying themselves!!"
Colin hosted a pan European awards event

Colin presents Fighting Talk on 5 Live each Saturday, and Quest’s Football League coverage. The author of 'A Random History of Football' he has also won numerous Sony Awards (radio’s Oscars) and presented a host of sports including darts, snooker and American Football, to name but a few. A superb host who really throws himself into proceedings, getting everyone involved. Started his career on Radio 1.