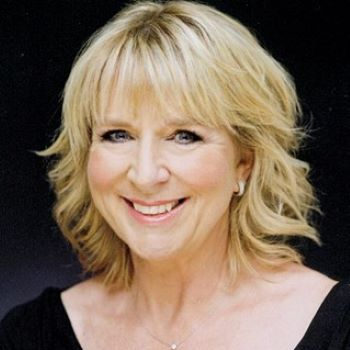 Fern Britton is one of Britain's best-loved television presenters. She began her TV career in the south west, reading local news for "Westward Diary". During the mid 1980s, she read the national news on the BBC's Breakfast Time and occasionally presented alongside Frank Bough.  She moved to TVS to co-present Coast to Coast with Fred Dinenage. Whilst at TVS Fern co-presented the networked "Airport 90" programmes with Nick Owen, and she teamed up with Fred Dineage again to present the last ever TVS programme "Goodbye to all That", on 31st December 1992.

Since then Fern has become a renowned presenter, writer and journalist who obtained her national treasure status by presenting such shows as ITV’s This Morning and Ready Steady Cook (BBC2). She has also presented such iconic shows such as Strictly Come Dancing, All Star Mr and Mrs and presented 7 series of Fern Meets..where past guests have included Tony Blair, Desmond Tutu and Dolly Parton.
Recent shows have included two series of The Big Allotment Challenge, and Culinary Genius for ITV. She also starred in the nationwide tour of Calendar Girls The Musical.

Fern is also a prolific author with many best sellers to her name. Her autobiography Fern: My Story went to number four in the Sunday Times bestseller list and her eight novels have had similar success selling over 1 million copies.

She is a regular contributor to Good Housekeeping magazine and cycles hundreds of miles a year raising money for charity. She is a very popular choice as a host for corporate events.