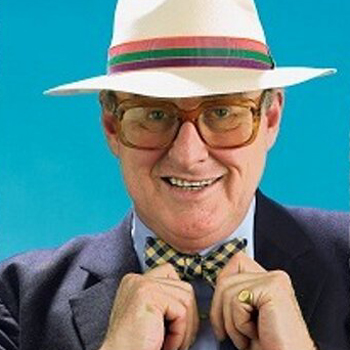 Henry was born 23 September 1939.  He was educated at Eton for whom he played cricket from 1953-1957.  He then went to King's College, Cambridge where he achieved the worst Blue for the university in 1959 since the Boer War.

After three and a half abortive years working for a merchant bank in the City of London, he began to report cricket for The Times in 1962.  His career fluctuated between The Times, The Observer, The Guardian and The Daily Telegraph until he began to write for The Independent when it was launched in 1987, and where his cricket offerings still appear.

He started broadcasting with Test Match Special in 1974 and was a regular member of the TMS team until 1991 when he defected to Sky Television.  That was not a happy liaison and, in 1994, after the sad death of Brian Johnston, he was brought back to TMS by BBC Radio where he became a regular member of the commentary team, on the basis that the programme needed someone who was prepared to make a fool of himself regularly.!

Henry  has written six cricketing books and now does a fair amount of after dinner speaking in a light hearted vein telling stories from the commentary box.  He can also be serious about cricket, and has even been known to do a motivational speech or two.