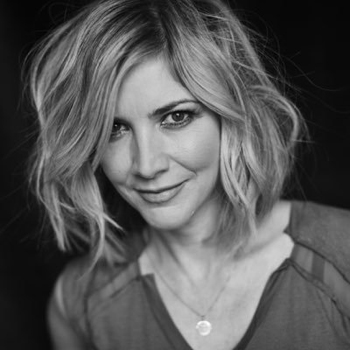 Lisa Faulkner is an established and well respected actress and broadcaster. She has worked on television for the BBC, ITV, Sky One and Channel 4 as well as major roles in film. Lisa is best known for her roles on television but she is also a popular voice over artist, currently narrating the super successful Heir Hunters series on BBC 1 daytime.
In the summer of 2010 she won BBC 1's Celebrity MasterChef.
Currently presenting John And Lisa's Weekend Kitchen alongside chef husband, John Torode she is also a regular member of Sky 1's Angela & Friends panel.
Lisa was an integral part of many BBC programmes, including Alison Dangerfield in the BBC 1 drama Dangerfield, the first series of Spooks, and Holby City. One of her first breaks came in the highly regarded drama The Lover.
Other notable roles include Brookside, and ITV's Murder in Suburbia. Lisa has been a regular contributor on Channels 4's Big Brother's Little Brother.
In addition to her television work, Lisa has acted in numerous films such as A Feast at Midnight as well And The Beat Goes On. Away from TV, Lisa has been a regular teacher at Amanda Redman's Artists Theatre School.
Read More