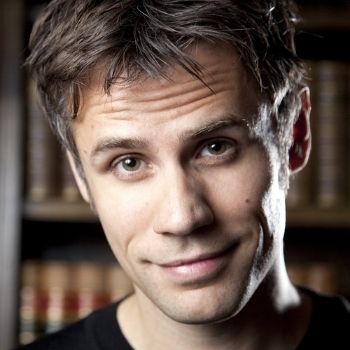 Richard began his media career making tea at BBC Radio Nottingham and went on to spend three years at the station working as a News Reporter. During this time he fondly recalls interviewing Nicole Kidman and reporting on sunburnt pigs.
In 1996 Richard joined L!ve TV as reporter then in February 1997 he became the 24th Blue Peter presenter. During his time with the show he witnessed the opening of the Blue Peter Millennium Time Capsule, went to Canada and Mexico and underwent training at the Royal Military Academy at Sandhurst.
Richard's career with Blue Peter came to an abrupt end when his contract was terminated after a report in the the press telling the world that he had taken cocaine. After his dismissal, the then Head of BBC children's programmes, Lorraine Heggessey, went on air to explain the situation to CBBC viewers.
Richard's television career survived the setback and he has since presented such shows as The Big Breakfast, Top of the Pops, and reality TV shows Back To Reality and Castaway Exposed.
Richard also presented the Channel 4 television series Hidden Talent, where each programme featured ordinary members of the public taking tests in certain fields or skills to identify any previously unidentified talent.
Other shows that Rochard has fronted include: "Benefits Britain: The Debate for Channel 4", the live Channel 4 programme "How Rich Are You?" about the UK economy and The Big Painting Challenge series on BBC1, alongside Una Stubbs.
As well as regularly hosting quiz and music shows he has presented a number of factual documentaries including: Panorama: Who Will Win the Election? (BBC 1), Frontline Afghanistan (BBC 3), as well as both writing and presenting The Anti-Social Network (BBC 3).
Richard can also be heard regularly on the radio hosting shows on BBC 6 Music, Capital FM, XFM and Radio 5 Live.
As a writer Richard has written for publications including Esquire and The Sub and his debut book A Series of Unrealted Events has also been published.
Read More