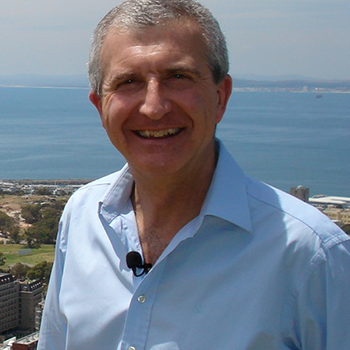 In 1995, Rob Bonnet became a sports presenter on BBC World and BBC Breakfast News; he had already been presenting sport on the UK's domestic evening news.

Prior to this, Rob was a football producer for BBC Radio and then moved to Norwich to work as a sports reporter for BBC Television East. In February 1987, he joined the BBC television newsroom as sports reporter and within two years was promoted to sports correspondent. In this role, Rob covered the world's biggest sporting events including the Olympics, Football and Rugby World Cups, European Football Championships and many more major tournaments.

Rob started his career as a freelance station assistant for Radio Brighton and joined BBC Local Radio on its station assistant trained reserve in 1978. In the summer of 1980 he joined Radio Norfolk as a producer. From there he progressed into sports broadcasting at Radio Norfolk and after an attachment with Radio One's Newsbeat, he joined BBC Radio Sport as a producer in the autumn of 1982.
He can currently be heard on the Radio 4 Today programme and be seen on numerous BBC news bulletins.

Born in London, Rob attended the University of Sussex, where he read English with French.

Rob Bonnet presents sports on a variety of BBC programmes across radio and TV the including Radio 4 Today Programme, main evening news on One and BBC World News. Away from the studio he is a popular choice for corporate events.